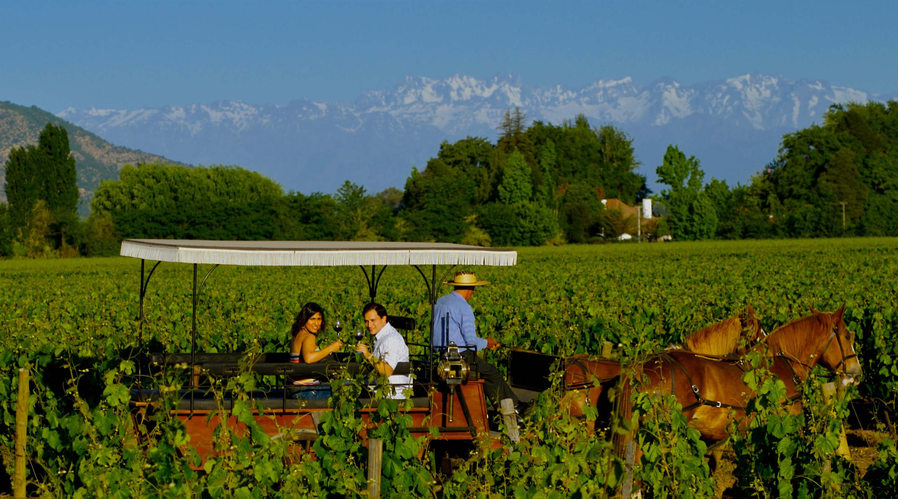 Colchagua Valley is the place of red wines in Chile. Well known around the globe, this valley has tons of vineyards to visit and explore, where guests can try delicious wines made with the most high quality of the industry.

Colchagua Valley was recognized as the best destination for honeymooners in 2015 by Fodor´s American website, and it attributes continue on growing. The valley has many places where is possible to rescue and admire the heritage of the “huasa” area of Chile. The handicrafts, the food and the environment give the tourists a warmth experience around Chilean essence.

Colchagua Museum is recognized for being one of the best museums in the country. Around 100.000 visitors come every year and it has a varied sample from the beginning of our times. In Colchagua you can also find the Car Museum (with the Delorian on it), Handicraft Chilean Museum and El Huique Museum… different alternatives to embrace the national culture.

Colchagua landscape and its vast extension give this area a huge advantage among other places. In one hour, you can get to the coast and travel along Pichilemu (world known surf city), Matanzas, Boyeruca, Llico, etc. In the interior of the region, patrimonial towns as Vichuquén, Lolol, Pumanque, Paredores or others still have colonial Chilean construction, and some of them still maintain vestiges of the great earthquake of 2010.

Here are some alternatives so you can come and have some unforgettable days with us: